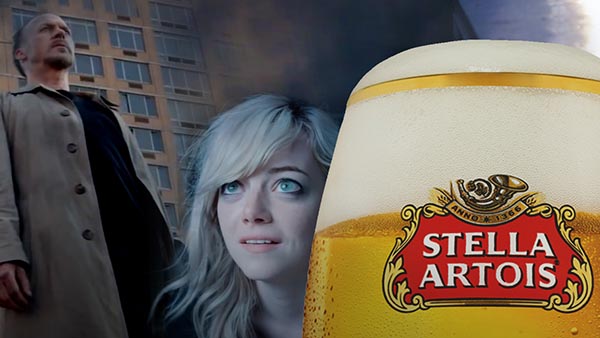 If there was one product product in an Oscar-nominated that generated the largest audience reaction it was the Stella Artois bottles in this year’s Best Picture winner, “Birdman.”
While the movie featured other passing products—Beefeater gin, Hairbond hair products, Crème de la Mer face cream, an Apple Macbook, Smith & Wesson—none have the prominence of the Stella Artois beer so meaningfully swigged by the film’s protagonist, played by Michael Keaton.

For more information, check out the article here.